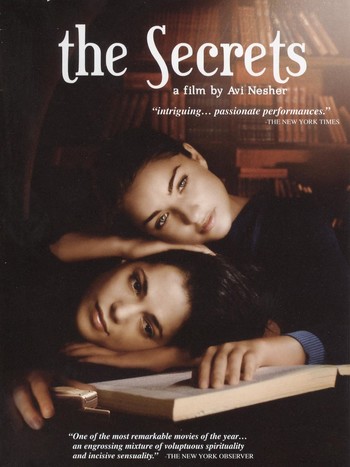 The Secrets (Ha-Sodot) is a 2007 Israeli film, directed by Avi Nesher and written by playwright Hadar Galron.

Naomi, a brilliant young Ultra-Orthodox woman, persuades her father to allow her to put off her impending wedding so she can attend a women's seminary in Safed, a Jewish holy city in Israel. When she and her roommate, the rebellious Michelle, are assigned to bring food to Anouk, a dying Frenchwoman, they are drawn closer as they work together to develop purification rituals for Anouk, who wishes to atone for her past before she dies.

The Secrets contains examples of: