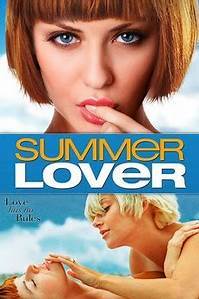 Sappho is a 2008 American film, also known as Summer Lover. Set in 1926 Greece, it features an American couple named Sappho and Phil on vacation. They're very happy together, but Sappho falls for a Russian woman she meets, and things quickly become really complicated...