Film / When Night is Falling 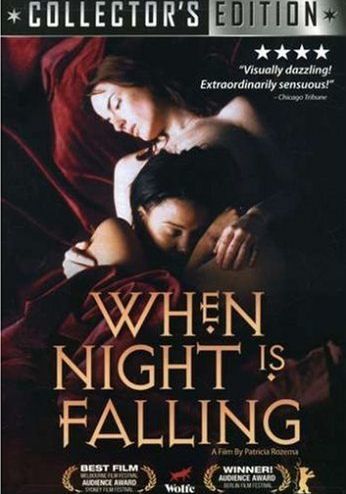 When Night Is Falling is a 1995 Canadian drama film directed by Patricia Rozema and stars Pascale Bussières as Camille Baker, a university literature professor at a religious college struggling with both her tenure-track career and her troubled relationship with fellow professor Martin (Henry Czerny). When a carnival subsequently comes to town, Camille is confused by her unexpected attraction to Petra Soft (Rachael Crawford), a sexy, free-spirited circus performer.