Film / What Keeps You Alive 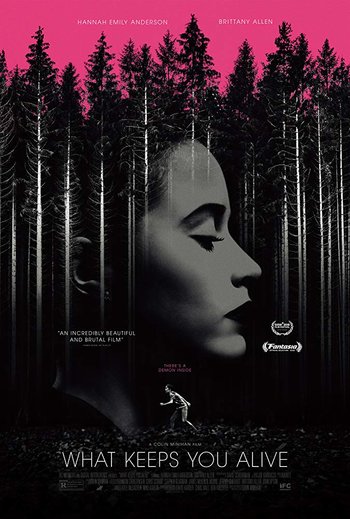 What Keeps You Alive is a 2018 suspense/horror film written and directed by Colin Minihan. It tells the story of Jules (Brittany Allen) and Jackie (Hannah Emily Anderson) who celebrate their one-year anniversary by spending time at Jackie's family home in the remote wilderness. But soon after they arrive, an old friend of Jackie's shows up and calls Jackie by a different name. Jackie's explanation - that she changed her name to cut ties with her old life once she came out as gay - is plausible enough. But it sets Jules wondering what other secrets her wife might be keeping. And then Jackie decides to show her all at once...