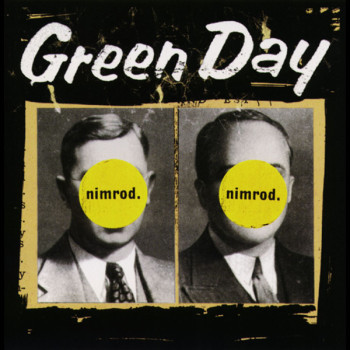 I was a young boy who had big plans.
Now I'm just another shitty old man.
"This is a record we've been thinking about for the past six years. We knew we wanted to change, but we didn't want to change too much too soon. The record's about vulnerability in a lot of ways—throwing yourself out there...Why the fuck not put out that fucking stupid acoustic song or that stupid surf song? This is who we are. Why hide it?"
— Billie Joe Armstrong
Advertisement:

After the release of Insomniac (1995), which was seen as a critical and commercial disappointment compared to their breakthrough major-label debut Dookie (1994), the band embarked on a world tour for the album that had them playing sports arenas (as opposed to their usual small clubs) and spending uncomfortable amounts of time away from their families. This homesickness led the band to cancel the late 1996 European leg of the tour to finally spend time at home. In the wake of the cancellation, the band continued to write and had produced over 36 new songs come the start of 1997.

nimrod. was made over a four-month span with the intent of being a collection of standalone songs instead of one cohesive album, since the band felt like they had driven their generic Three Chords and the Truth song structure into the ground. As a result, the album is easily the most experimental and diverse output in the band's discography, and perhaps even one of the most kaleidoscopic albums in the punk genre.

nimrod. has sold over 10 million copies worldwide. The album also features the song "Good Riddance (Time of Your Life)", which became an unexpected Black Sheep Hit and is today regarded as one of the band's most well-known songs (however infamously improperly used).

Troper for a day: