Literature / Sherlock Holmes and Doctor Was Not 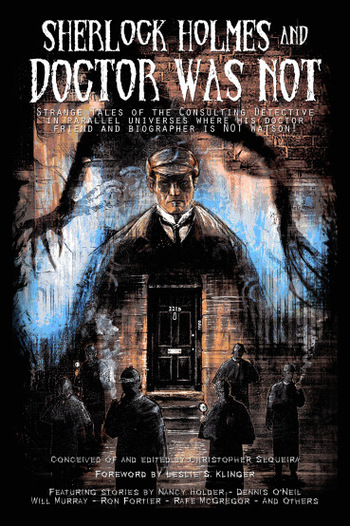 Sherlock Holmes and Doctor Was Not is a 2019 'what if' anthology edited by Christopher Sequeira and based around the premise 'What if Sherlock Holmes had a different offsider than Doctor Watson?'.

Sherlock Holmes truly trusted but one person—Doctor John H. Watson—but in an ocean of infinite realities it must be possible that in some of them Holmes' fellow tenant at 221B Baker Street could be some other doctor, from any page of history or the annals of literature!

Come with us now as we peer into the bizarre and sometimes terrifying fates that await the Master Sleuth when his cases, his reputation, and his very fate rests in the hands, or claws—of some very different medicos!

The tropes are afoot!