Literature / One Nation, Under Jupiter 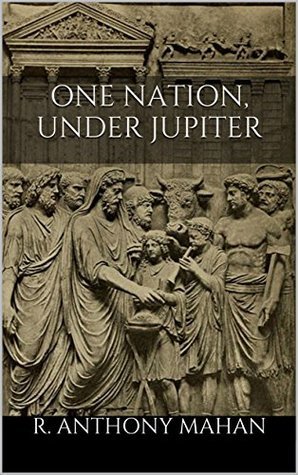 One Nation, Under Jupiter is an ongoing Alternate History Web Serial Novel released in 2016.

The year is 312 AD. The Roman Empire is plagued by civil war. The forces of the Emperor Constantine advance on Rome to usurp the Emperor Maxentius, bolstered by a vision that Constantine would triumph in the name of Christianity. The two armies meet at the Milvian Bridge, only for the pagan Maxentius to triumph.

The year is 2766 AUC. Most of the world worships the Roman pantheon. Tensions are rising between China and the nation of Nova Roma. A cult of Isis-worshippers known as the Sons of Horus has protested Roman activity in the Middle East. The Senate has recently decided to lift the ban on reading Kee Kanuntee's theory of evolution, all while the Emperor continues to push piety as the greatest of all virtues. In the midst of it all, a journalist named Diagoras Cinna has decided to investigate the impact religion has had on modern society.

One Nation, Under Jupiter contains examples of: