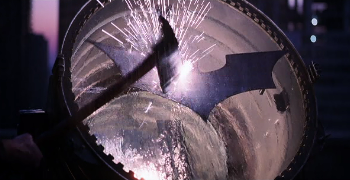 "Mr. Gorbachev, tear down this wall!"
— Ronald Reagan on the Berlin Wall
Advertisement:

However, attitudes can change over time. Often, a way to express that attitudes towards Y are tending further towards contempt is to symbolically destroy at least one version of symbol X.

In real life, this was a major aspect of the storming of the Bastille, the destruction of the Berlin Wall, and of the toppling of statues.

This can occasionally overlap with Allegiance Affirmation. Insignia Rip-Off Ritual and Monumental Damage are both subtropes of this. Compare Symbolically Broken Object. See also It's All Junk, where something that once had sentimental value to a character is destroyed by them to signify it losing it.