Literature / Tower of the Swallow 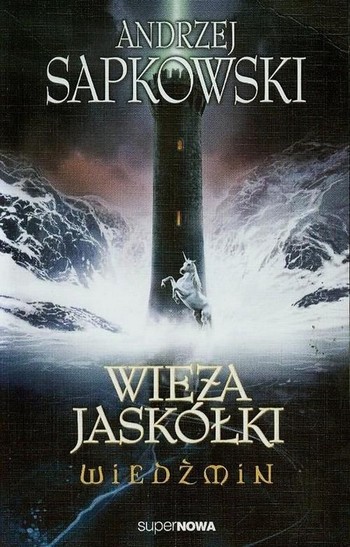 The sixth book in The Witcher series by Andrzej Sapkowski, originally in Polish (original title: Wieża Jaskółki). An English translation was released in May 2016.
Advertisement:

Searching for clues that might lead them towards Ciri's whereabouts, Geralt and company head deeper into Nilfgaardian territory. Try as they might, they can't avoid the attention of both Nilfgaardian officials and more sinister forces — the latter of which have gained an unexpected ace up their sleeves. Further to the south, things turn for the worse for the Rats, when the aristocrat father of one of their victims hires a bounty hunter to take them out. Leo Bonhart soon proves too much for the young outlaws, who are slaughtered wholesale — except for Ciri, whom he takes prisoner; although, she might have preferred otherwise. Realizing she is not a mere robber, Bonhart opts to find out the truth, which leads him into contact with other players in the game. As the war between the Northern Kingdoms and the Empire rages on, the sorceresses of the Lodge weave their plots.