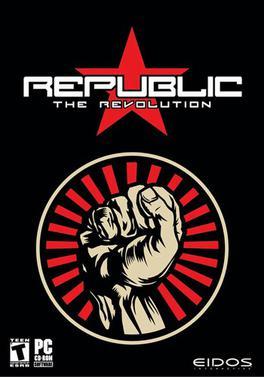 Republic: The Revolution is a Political Strategy Game produced and published in 2003 by the short-lived British developer Elixir Studios (probably better known for developing Evil Genius). The game takes place in the small nation of Novistrana, a fictional country that has just gained independence from the Soviet Union. You play as a political mastermind... whose family was assassinated by the KGB... and unfortunately, the man who was resposible for those murders is currently "president for life" of Novistrana and beyond the reach of the legal system.

Thus, the player's job is to set up a party and gather enough support to launch a revolution. Of course, you're not the only one with an agenda - opposing him are several other groups, including other political parties, churches and even criminal organizations. In order to overcome the opposition and overthrow the president, you'll have to persuade others to work with you and support your campaign. Of course, they're trying the same...

The game's political spectrum has three dimensions: Forcenote violence and threats, Influencenote rousing speeches and public relations, and Wealthnote bribery and backroom deals. Different ideologies draw (or repulse) different voting groups and can make recruiting certain people easier (or harder). The military is more likely to support a person with an interest in force, while the church can be hard to persuade to join the cause unless you share their belief in the power of influence. Corporate salesmen care for nothing but cold hard cash.

Development on the game began in July 1999

, after the British chess and math prodigy Demis Hassabis

to produce an original political simulation game. Published in August 2003 by Eidos, Republic was a critical and commercial flop, prompting Hassabis to step down as CEO to devote more time to his next project, Evil Genius, released a year later to a somewhat better reception. It was too late to save Elixir, however, which closed its doors in April 2005 — just two months after announcing

an MMO sequel, Republic Dawn: The Chronicles of the Seven. Both of its IPs then went to Rebellion, who put them

pulling Republic from sale in 2011. As it has not been reinstated since and Rebellion doesn't even list it in its own store

, there is currentlynote as of January 2021 no legal way to play the game other than tracking down an original physical copy by Eidos, although Rebellion's announcement

of Evil Genius 2 gives us some hope that Elixir's legacy is not entirely dead and gone yet.