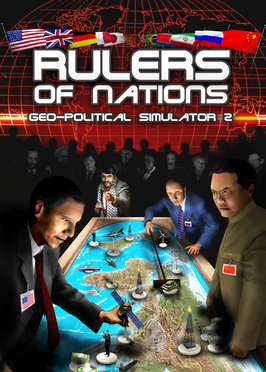 that covers domestic policy, foreign policy, popularity, infrastructure, economy, trade and much more. Also known as Geo-Political-Simulator 2, it was released on is the second game in the "Commander In Chief" video game series, succeeding Commander In Chief and preceding Masters Of The World - however, it is much more popular than both Commander In Chief and the infamously glitchy Masters of the World. It is relatively complex for a video game, thus many "Let's Play" videos have been made about it, as shown here