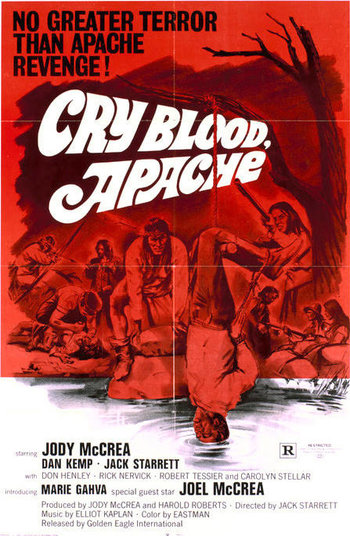 A party of five men discover gold in a small Apache camp. They murder everyone there except for one young woman, who they keep alive hoping she'll lead them to more gold. Only Pitcalin among the five men shows kindness to the prisoner. An Apache brave who was away from the camp discovers the massacre and buries the dead. Then he tracks the murderers and brings slow but steady vengeance upon them.

Tropes in Cry Blood, Apache include: