Literature / Swarm on the Somme 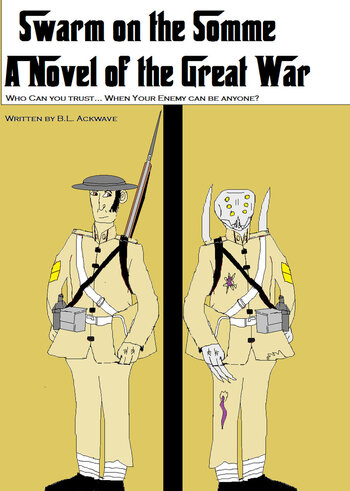 Blackwave you really have a talent for creating fictional universes where mankind is utterly fucked beyond comprehension.
—AH.com user Father Maryland on this timeline
Advertisement:

Swarm on the Somme is an ongoing Alternate History Web Original story series in the Alien Space Bats sub-forum of AlternateHistory.com, started in early autumn 2009.

The story is essentially a typical tale of Earth being invaded by a Horde of Alien Locusts, while unprepared humanity tries to unite and rally its forces against the Planet Looters. BUT this time, it's not set in the Present Day, or Next Sunday A.D., or World War II. This time, it occurs in the earliest months of World War I.

You can read the main thread here

or the newer, episode only thread, here