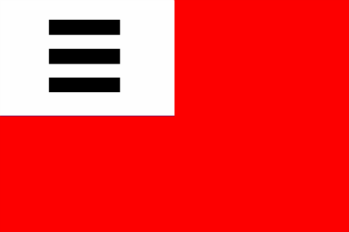 The flag of Qian China.
Advertisement:

is a counterfactual history of China posted at AlternateHistory.com, where it has earned two Turtledove Awards.

The point of divergence is February 24, 1912. On that day, provisional President Yuan Shikai dies of sudden kidney failure (a condition that actually killed him four years later) and, as a compromise between the Republican and Beiyang Army factions, Kang Youwei, former leader of the "Hundred Days" reform movement, is chosen as the new president.

Kang, with his politically savvy disciple Liang Qichao as prime minister, quickly subverts the republic's institutions and within a few months, has himself declared emperor of a new dynasty. With neither a warlord era nor a civil war to go through, China gradually begins to reverse its century-long decline, and over the course of the following decades rises again to major power status.

Much of the timeline's background is provided by spin-off stories contributed by guest writers.