Literature / Five Weeks in a Balloon 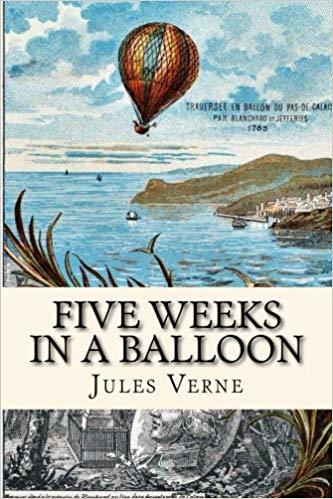 Jules Verne's first published (in 1863) novel, which immediately propelled him to fame.

Set in the times when Darkest Africa was still not fully explored, the novel follows Dr. Samuel Fergusson, who intends to fly across Africa in a balloon called "Victoria". The vehicle is equipped with Fergusson's ingenious invention which allows him to control the altitude without ballast or releasing gas. On his way, he is accompanied by his old friend, the Scottish hunter Dick Kennedy, and by the manservant Joe. Naturally, throughout their trip they have a lot of dramatic adventures, interspersed with musings about Africa's geography (as it was known at the time.)

A couple of film adaptations were produced, including a 1962 adaptation with the same title.