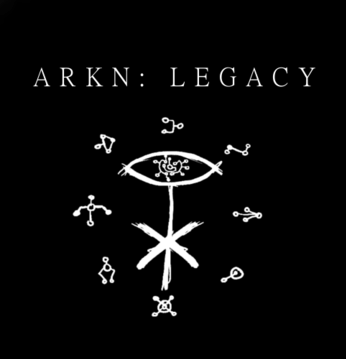 Arkn: Legacy is a continuation of the web-based Arkn Mythos franchise. It launched in the spring of 2017 after the initial cancellation of the Arknthology storyline, with the (now defunct) vlog series Malachi X, and functions as both a sequel and a stand-alone franchise.

Set in Universe X, Legacy revolves around the eternal conflict between the angelic-looking, magic-wielding Arkn and the demon-esque, psychic Dekn. However, the storytelling is a major departure from the rest of the franchise: humankind now lives in a series of universal orbs known as "Seeds"; the Arkn and Dekn are something akin to a secret society, living amongst humans in disguise — and running their own versions of The Mafia, the Yakuza, and multi-dimensional corporations (alongside humans who are "in the know").

In August 2018, Legacy underwent a soft reboot; the lore was retooled to make it more accessible for an audience that might be unfamiliar with The Arknverse. On November 28th that same year, the lore was altered yet again as a new creative team took over, and it was announced that many of Legacy's original creators would be departing to helm an independent franchise, with Penthepoet (one of the co-creators) being the one remaining member from the original team that stayed behind to continue the franchise.

In 2020, Legacy received another minor retooling, as the backstory behind Universe X was scrapped in favor of that laid out in Arkn Unity.