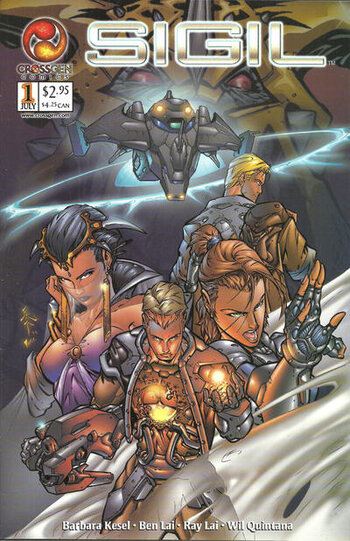 Sigil is an American comicbook series that ran for 42 issues from July 2000 to December 2003, and is one of the four initial publications of Crossgen.

Sigil is a Space Opera story depicting an ongoing war between the Planetary Union, a group of five human-inhabited planets, and the Saurian Hegemony, a race of alien Lizard Folk. Currently stalemated, things erupt into violence when a human soldier-turned-mercenary, Samandahl "Sam" Rey, is imbued with god-like powers by a mysterious brand on his chest.

A two-issue mini-series, "Saurians: Unnatural Selection" serves as a prequel.