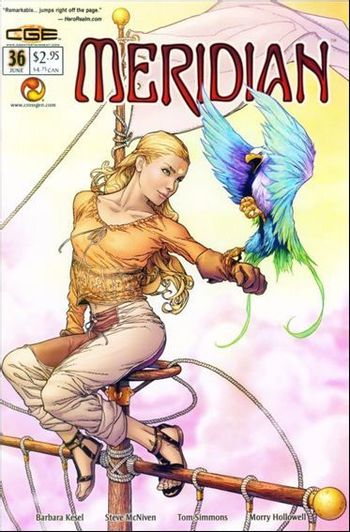 Meridian was a comic by CrossGen. It was set in a universe of flying ships and floating islands. The comic follows a noble girl named Sephie and her uncle Ilahn, both of whom receive mysterious Sigils at a reception on Meridian, the island that Sephie's father rules. Each Sigil seems to grant a different set of powers; Sephie focuses on healing and gentle pressure, while Ilahn uses his abilities for destruction and intimidation.

The comic was eventually cancelled with the collapse of CrossGen as a company, and the rights were bought by Disney. So far, there have been no plans to bring the series back.