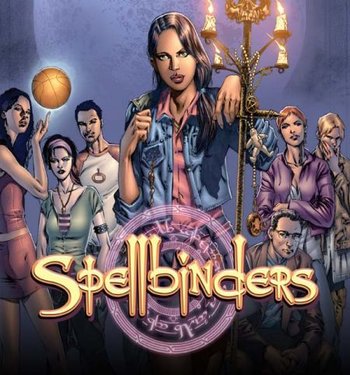 Spellbinders is a Marvel Comics miniseries by Mike Carey and Mike Perkins.

When Kim Vesco and her adopted parents move from Chicago to Salem, Massachusetts, weird and potentially dangerous things keep happening to her. She quickly learns that Salem is the home of a large population of honest-to-God witches - who call themselves "wicks" - and not only might she be one of them, but her arrival may have been foretold. Before she can process all this, she finds herself sucked into the world of two clique-ish, feuding covens, and must figure out how to unite them in order to face off against an enemy that has been preying on wicks.