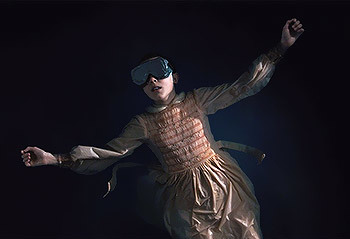 Lucas warns Mike via walkie-talkie that government agents are en route. Mike, Dustin, and Eleven flee. Eleven telekinetically flips a van that blocks their path, and the kids escape. Lucas reconciles with Mike and Eleven.

Joyce and Hopper are called to the police station because of Jonathan's assault. Jonathan and Nancy reveal their knowledge of the monster to Joyce and Hopper. The group contacts Mike and his friends, and they rendezvous.

They ask Eleven to search for Will and Barb, but her earlier feats have left her too weak to find them. To amplify Eleven's powers, they break into the middle school and build a sensory-deprivation tank. Eleven finds Barb's corpse with a slug-like creature crawling out of her mouth. With Joyce's help, she finds Will alive, hiding in the Upside Down "Castle Byers," his backyard fort.

Hopper and Joyce break into Hawkins Laboratory but are apprehended by security guards. Nancy and Jonathan resolve to kill the monster and steal their hunting gear back from the police station.

In the Upside Down, the monster breaks into the fort where Will is hiding.