Literature / Make Your Own Magic  The Starswirl Do-Over 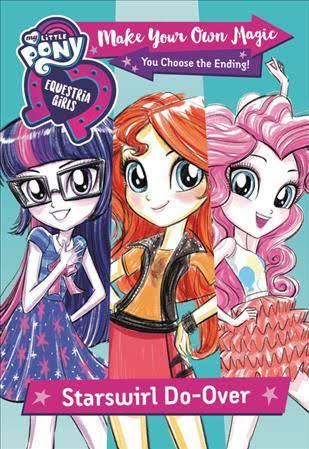 Sunset's smile on the cover doesn't represent how she feels through most of the story.
Advertisement:

Written by Whitney Ralls; unlike previous book in the franchise, this one is a Gamebook where Sunset Shimmer finds herself in a "Groundhog Day" Loop, so she and the reader must make the right choices to break it.

The events of the story were adapted from a cartoon special, My Little Pony: Equestria Girls – Sunset's Backstage Pass.

Make Your Own Magic – The Starswirl Do-Over provides examples of: