Literature / I Will Fear No Evil 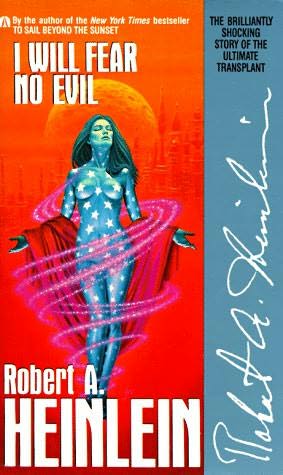 I Will Fear No Evil is a novel by Robert A. Heinlein, originally published in 1970.

Johann Smith was obscenely old and extremely rich. In a gambit to cheat death, he forms a plan to have his brain transplanted into a new, young body. Against all odds, a successful transplant is performed and Johann now begins a new life... as Joan. Learning how the other half lives is a tough order, and Joan may or may not be hearing the soul of her deceased donor inside her head.