Literature / The Entertainer and the Dybbuk 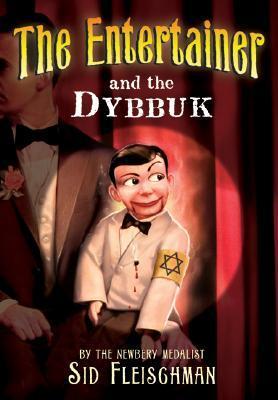 A book by Sid Fleischman.

Freddie T. Birch is a former soldier in the United States army, having served during World War II. Now, he's touring Europe as The Great Freddie, a so-so ventriloquist with a lame act and a tendency to move his lips when he speaks. One day, on a train, he meets a young boy named Avrom Amos Poliakov, a victim of the Holocaust. Avrom, now a dybbuk, a vengeful possessing spirit, seeks justice for himself and his people, and is hoping to enlist Freddie's help. You see, Avrom, while possessing someone, can speak from any part of them, which makes for a very convincing ventriloquist act.

Not entirely willingly, Freddie takes Avrom's spirit into him, and helps him find the man who killed him, and to help Avrom out of his short shorts.