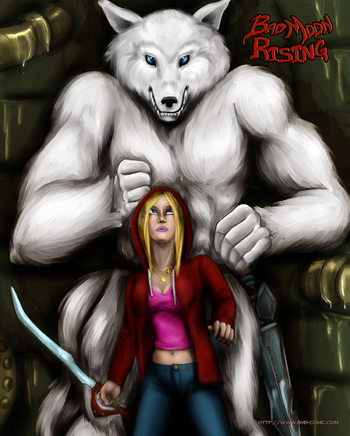 is an Urban Fantasy/Horror webcomic by K.A. Maples and Mary Sneddon.
Advertisement:

Madison Lewis a Wolf Blood, the child of a werewolf who is not a werewolf herself. While she lacks the powers of her fur bearing kin, she's significantly tougher than your average human. Possibly out of sheer boredom, she spends her time hunting vampires. She's aided in this by a small circle of friends, including:

(which they still use for announcements and Q&A), but moved to the Spider Forest collective, where it remains.

No longer updating. Domain has expired.