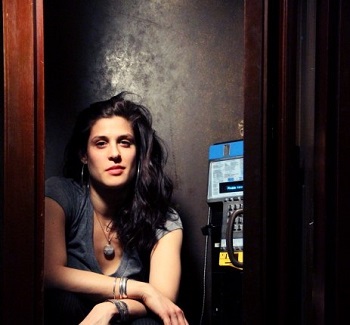 "But I've learned how to paint my face,
How to earn my keep, how to clean my kill.
Some nights I still can't sleep,
The past rolls back, I can see us still.
You've learned how to hold your own, how to stack your stones,
But the history's thick.
Children aren't as simple as we'd like to think."
— "Children's Work"
Advertisement:

Dessa (born Margret Wander) is an underground singer and hip-hop artist from Minneapolis, Minnesota. Her lyrics vary from sharp and cutting to poetic and narrative. She is known for the feminist themes in several of her songs and has been described as a mix of Mos Def and Ani DiFranco.

In 2016, she contributed the song "Congratulations" to The Hamilton Mixtape.

She is also a member of Doomtree, a hip-hop collective consisting of her and fellow artists P.O.S, Cecil Otter, Sims, Mike Mictlan, Lazerbeak, and Paper Tiger.