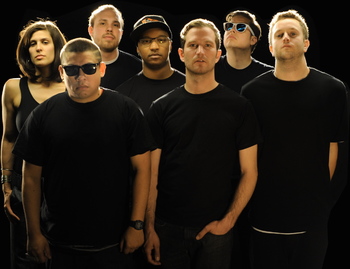 Doomtree is an indie hip-hop collective and record label based in Minneapolis, Minnesota. It was formed in 2001, and their songs are known for their complex lyrics and skilled wordplay. Its made up of the rappers P.O.S., Dessa, Cecil Otter, Sims, and Mike Mictlan as well as the producers Lazerbeak and Paper Tiger.