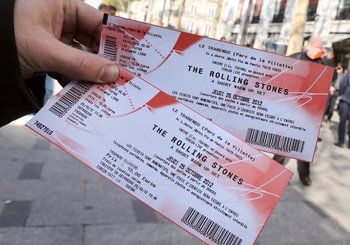 A certain kind of Sadistic Choice handed down by fate. Bob just got access to the best event EVER! His friends Alice and George have heard of the event and are dying to go so they ask Bob if they can come along. The problem is Bob only has two tickets...
Advertisement:

Enter the dilemma, where Bob has to choose which of his friends to take. If he takes one, the other one might feel betrayed and their friendship might be strained. Even if Bob Takes A Third Option and gives both invitations away, poor Bob would himself be left out for his trouble. That, and if Greta also gets wind of the tickets due to them being a poorly kept secret, then there really is no way out for poor Bob. To add insult to injury, the longer he takes to decide, the more alienated his friends become.

Milder than your average Sadistic Choice, but a great plot to cause friction amongst friends as they duke it out for that precious ticket. It is also certainly not limited to tickets, as any kind of desirable goods and services when there aren't enough to go around can suffice. Taking a Third Option or a Deus ex Machina might be needed to escape the problem without anyone getting hurt. Often a way to test the Power of Friendship.