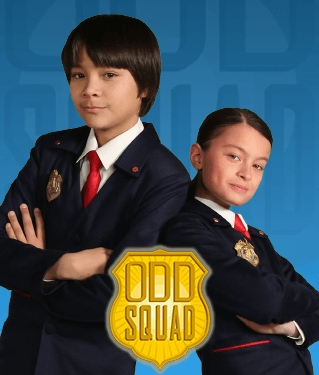 It's common for children's authors and the creators of kids' shows to make the main characters of a story a girl and a boy. They could either already be friends at the start of the story, or they could meet as the plot unfolds. Sometimes they don't even like each other, but are forced to work together. Sometimes the differences between boys and girls create conflict. Either way, it's very common in fiction. So much so that, like all tropes, it's probably done for a reason, especially since in real life, most kids have primarily same sex friends.
Advertisement:

So why is it done so often in fiction?

One reason is to expand the potential audience. While some types of stories appeal primarily to one sex or the other, there are many types of stories, such as horror or adventure, that have appeal to both sexes. To try to rein in kids who might not want to read a story about a member of the opposite sex, a character of their own gender is included. Sometimes a story that appeals primarily to one sex will include a character of the opposite sex to expand an otherwise limited audience.

Another reason is because many authors simply like seeing the way kids react when paired up with the opposite sex. It can be fun to see the interactions of two people who at times see the opposite sex as being like space aliens.

While groups of friends may be a mixture of three boys and a girl or vice versa, or an equal mix of members of both sexes, that isn't this trope, despite often being done for the same reason. This trope only refers to when a single boy and single girl are the main characters of the story. Why? Because that's far less likely (unless they're siblings) than a group of mixed gender friends, and therefore more starkly obvious, more clearly done for the sake of the story.

Note that the relationship must be platonic. Romantic relationships don't count, since those involve a more believable reason for two opposite sex kids to get together. Siblings don't count either, since that's far more common in real life and less likely to feel "forced" for the sake of getting a girl and a boy together.

This sometimes leads to a Toy Ship from the fandom. Compare Platonic Life-Partners, which this trope also falls into if the boy and girl have known each other for a long time.

Named after Blogger Beware's tally of the "platonic boy/girl relationship" in every single Goosebumps novel ever.