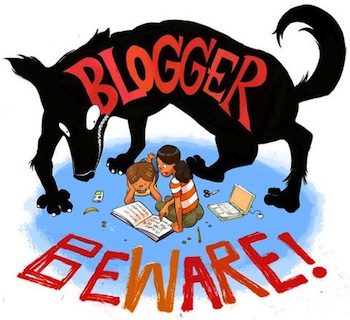 is a Goosebumps Blog run by Troy Steele. He writes synopses and reviews of Goosebumps books full of humor and snark. He intends to eventually review all of the books and all of R. L. Stine's work. The blog opened with a review of Egg Monsters from Mars in January 2006 and continued through Revenge of the Living Dummy, the first Goosebumps Horrorland book, in June 2012.

Troy admitted to having an inconsistent schedule, which has led to gaps spanning months or even years between posts. His most recent proper review is from 2012, though he periodically posts one-off entries (the most recent one of these was in 2015). As the blog is no longer online (though it can still be viewed through the Wayback Machine, linked above) one assumes there are no further updates forthcoming.

For the record, in 2013 R.L. Stine was asked if he knew of the blog's existence during a Reddit Q&A. Here's his response.

This blog provides examples of: