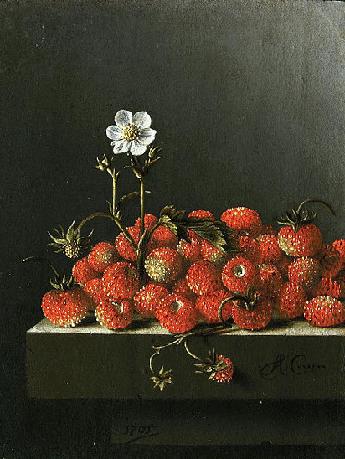 First, some words of wisdom:
Advertisement:

When you think of the word "fruit", how do you define it? Grows on trees? (Not all of them do.) Tastes sweet? (Some of them are bitter or non-edible.)

The thing is, gastronomy and biology also disagree. What we call a "fruit" or a "vegetable" in the culinary sense is mostly based on tradition, and revolves around their taste and kitchen usability (the same "if it's sweet it's a fruit, if it tastes yucky it's a vegetable" logic that most of us apply).

Biologically, a fruit is a fruit if at one stage its development it has been a flower which eventually grew into a seed or seeds protected by a fleshy covering (as in tomatoes), or a hard outer shell (as in nuts).

The word "vegetable" has no scientific meaning; gastronomically they are typically used for edible parts of plants that are not fruits (roots, leaves and stems). With some "vegetable" plants, however, we actually use their fruits (tomato, cucumber) or seeds (beans, peas). Note also that biologically cucumbers are closely related to watermelons, and beans and peas to peanuts.

And don't even get us started on mushrooms. While usually put in the same category as vegetables on the menu, taxonomically they are neither plants nor animals, and get their own kingdom in the evolutionary hierarchy. In earlier systems of nomenclature they were considered plants, but later botanists decided that differences in biology—particularly the fact that fungi don't photosynthesize—was enough to kick them into another kingdom; genetic and cytological analyses showing fungi to actually be much closer relatives of the animal kingdom (being part of the clade of opisthokont

For the sake of simplicity, we use all of these meanings here, and let you decide whether you use Food Tropes or Plant Tropes as the main index for your purposes.

Compare and contrast this with Meat of the Index.