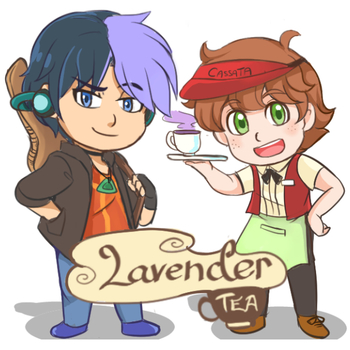 is an ongoing Webcomic series drawn by Joichi
Advertisement:

A story about closeted teenagers sorting out their complex lives. The main leads are Jassie, Nina and Damian. These friends are going through their frustrating emotions and confusion with gender roles, love and self acceptance. They like to hang out at Lavender Cafe to reflect on the past or obstacles.