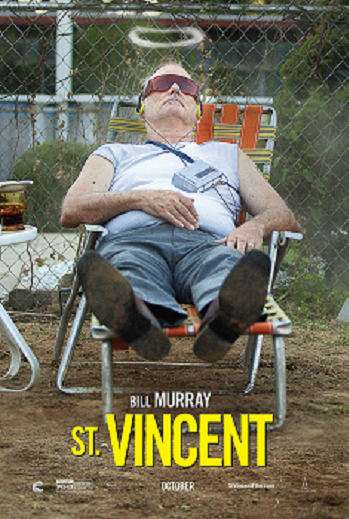 Vincent MacKenna (Murray) is a jaded, alcoholic Vietnam vet from Brooklyn, and his life is falling apart around him — his wife Sandy is in extremely poor health and he's in dire financial straits. When Maggie (Melissa McCarthy), a woman in the midst of a divorce, moves in next door with her young son Oliver (Jaeden Lieberher), Vincent reluctantly begins to develop a friendship with the boy.

Not to be confused with the singer St. Vincent.