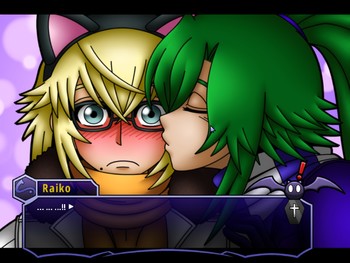 "So that is how you truly shock Raiko, aku?"