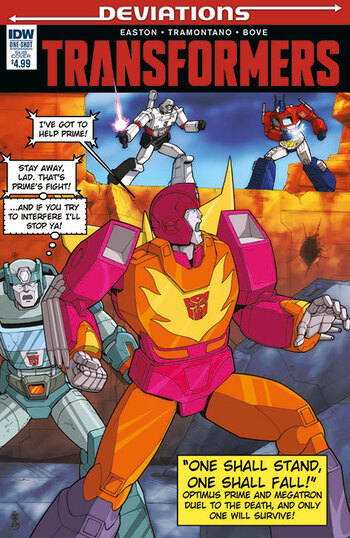 Transformers: Deviations is a Transformers one-shot that is part of IDW Publishing's Deviations line, consisting of What If? stories about the properties they have the comic book license to.

This particular installment of Deviations tells of an alternate version of The Transformers: The Movie where Hot Rod was prevented from meddling in Optimus Prime's final battle with Megatron, resulting in Optimus taking out Megatron without any hindrances and the events of the movie following a different path.