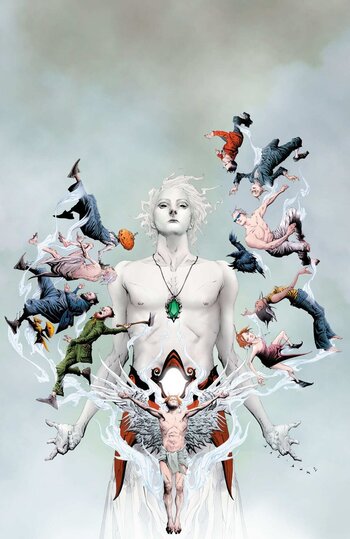 The Sandman Universe is a line of DC Comics published under DC Black Label. Launched to celebrate the 30th anniversary of The Sandman (1989), the books, like Gerard Way and Young Animal, were "curated" by Neil Gaiman, who chose specific writer for each book. They began with a Sandman Universe one-shot, which then led to four books:

After a year, another one-shot, The Sandman Universe Presents: Hellblazer, was published and then three more books, dubbed "Year Two":