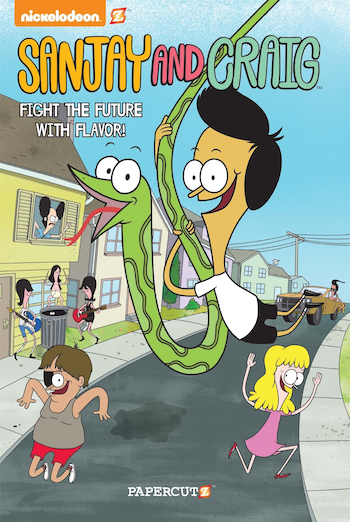 Cover of the first volume

In 2015, Nickelodeon announced serialized comics-turned-graphic novels based on their New 10's Nicktoons, among them being Sanjay and Craig.

The first volume was released into comic book stores September 18th, 2015 and everywhere on the 22nd.