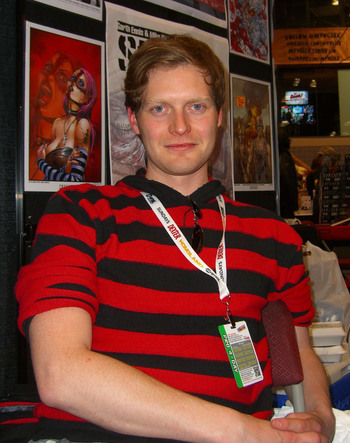 Simon "Si" Spurrier is a British comic book writer and novelist best known for their work with the character Legion on X-Men Legacy and their brief but critically acclaimed runs on X-Force (2013) and John Constantine: Hellblazer.

Spurrier started off, like many British comic writers, writing for 2000 AD. He co-created Lobster Random with Carl Critchlow, The Simping Detective and From Grace with Frazier Irving, Bec & Kawl with Steve Roberts, and Harry Kipling with Boo Cook. He also wrote a number of Tharg's Future Shocks and a number of stories for Judge Dredd before moving on to Marvel and DC Comics.