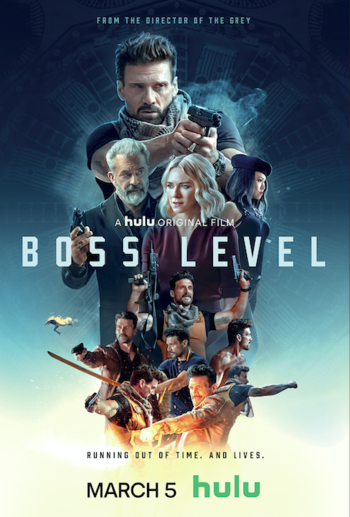 Running out of time. And lives.
Boss Level is a 2021 action sci-fi film directed by Joe Carnahan. It stars Frank Grillo as an ex-soldier who is caught in a "Groundhog Day" Loop in which assassins are trying to kill him for unknown reasons from the very moment he wakes up each morning. Mel Gibson and Naomi Watts co-star.