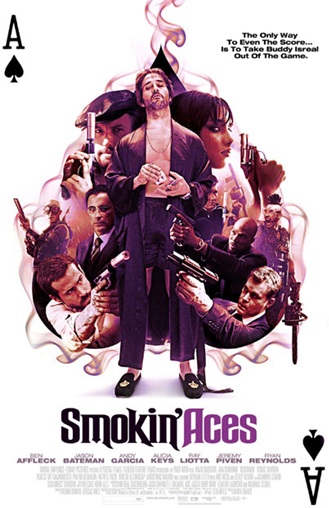 A 2007 film, directed and written by Joe Carnahan, about the Stage Magician, Casanova Wannabe, and newly turned mob informant Buddy Israel — a washed-up, bitter, narcissistic, alcoholic drug abuser of a stage magician — who gets a million-dollar bounty on his head courtesy of mob lord Primo Sperazza. Naturally, Hilarity Ensues!

Frequently compared to Shoot 'em Up, a similarly self-indulgent action movie released around the same time.