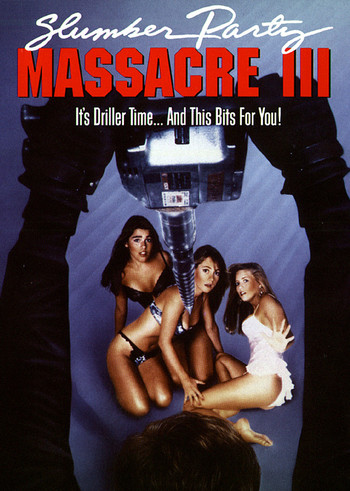 "It's Driller Time... and this bits for you!"
— Tagline
Advertisement:

The second sequel to the Slasher Movie The Slumber Party Massacre, released in 1990.

Once again, bunch of girls are going to have a Slumber Party and, once again, their good time is interrupted by a killer wielding a power drill. However, this time the identity of the drill-wielding assailant is a mystery.