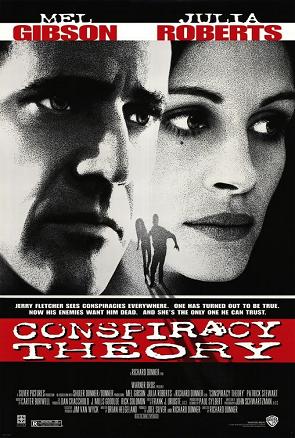 Jerry Fletcher is a man in love with Alice Sutton, a woman he observes from afar. She works for the government. Fletcher is an outspoken critic of that government. He has conspiracy theories for everything, from aliens to political assassinations. But soon, one of his theories finds itself to be accurate. But which one? Some dangerous people want him dead and the only person he trusts is that woman he loves but does not know.

If you were looking for real-life conspiracy theories, see this page.