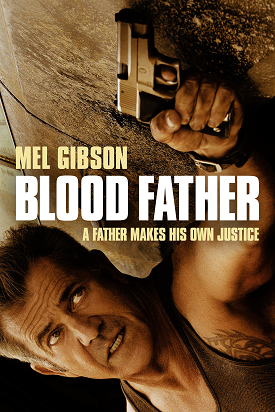 Blood Father is a 2016 action film directed by Jean-François Richet. It stars Mel Gibson as John Link, a recent parolee and recovering alcoholic who winds up going on the run with his runaway teenage daughter Lydia (Erin Moriarty), when she unexpectedly resurfaces after being missing for years. As Link soon learns, Lydia is being pursued at the same time by the authorities and by a Mexican drug cartel for reasons related to the fate of her last boyfriend, Jonah (Diego Luna). William H. Macy has a small role as John's sponsor in Alcoholic Anonymous.