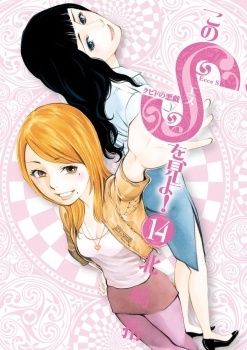 Rin Usuda is a troubled young man. He has a problem with his ass. Or rather, the funky birthmark on his ass. You see, ever since his childhood friend, Makoto Ikaruga, saw it as a kid, he's had a deep-seated trauma that will cause him to barf even when just thinking about baring his ass. Obviously he's not been able to hold a normal relationship with any girls.

Another problem is that Rin has a massive crush on Chizuru Izumiya, who thinks of him as a little brother. He even frequents the hospital she is working in, if only to have late night coffee.

Kono S wo, Mi Yo (This S, See It!) is a manga written and illustrated by Taku Kitazaki, which was serialized in the seinen magazine Big Comic Spirits from 2009 to 2013.