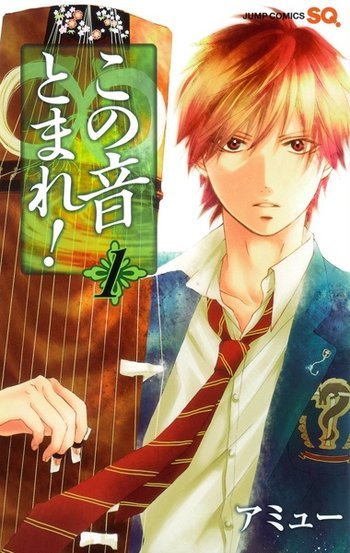 Kurata Takezou is a second-year at Tokise High School, and with the graduation of his upperclassman, the only remaining member of the Koto Club. While the club is a cherished memory to him, it will soon be defunct if he cannot recruit at least four more members. Furthermore, his meek demeanor draws ire from bullies and delinquents in his class, who use his club room as a squatting ground.

During a particularly vicious encounter with the bullies, another student arrives and drives them off - Kudou Chika, the most feared freshman in the school. To make things even more confusing, Kudou gives Kurata a club application form, declaring that he, too, will play the koto. Why does such a rough-looking delinquent want to play the koto? And how far can he and Kurata take the floundering club?