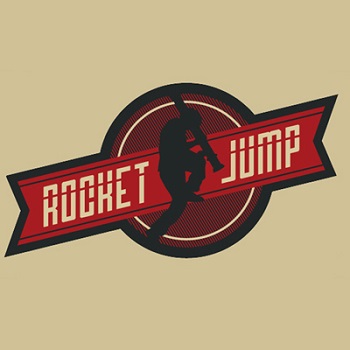 "There is only one rule for content, and that is: 'What do you genuinely enjoy making?'"
— Freddie Wong
Advertisement:

In 2010, American filmmakers Freddie Wong and Brandon Laatsch decided they'd had enough of fixing the mistakes on sloppy direct-to-video movies. They thought, "We can do this!" and the FreddieW channel was born.

, this mix of quality, humor, video games, and action helped them grow to epic levels of popularity. They peaked at the sixth-most-subscribed spot on YouTube, and also held the "top filmmaking channel" spot.

In 2012, they made their first feature-length web series, Video Game High School. It was so popular, they went on to release a second season in 2013. The final season, Season 3, was produced and released in 2014.

On October 23, 2013, the FreddieW team entered "Phase Two" and rebranded itself as RocketJump.

, and also has some old behind-the-scenes videos and tutorials.

On April 14, 2014, RocketJump and Lionsgate announced a partnership.

Some high-profile members of RocketJump inclue:

Freddie and Brandon also went to UCLA with Sam Gorski and Niko Peuringer of Corridor Digital, and have been known to cameo in each others' projects.

Their YMMV page is here.

Please note, this page was migrated from the old "Freddie Wong" page. Examples may refer to just Freddie, and there might be some grammar hiccups. If you come across any mistakes, please fix them.