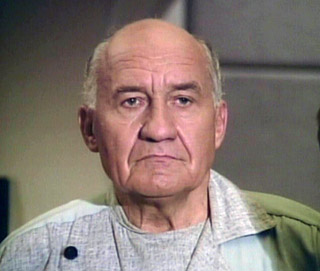 A refugee from Nazi Germany, Gotell went into acting soon after his arrival in England in the 1940s, beginning a long and prolific career as a character actor.

Fake Russian par excellence with many such roles to his name, most notably his role as General Anatol Gogol in the James Bond films from The Spy Who Loved Me to The Living Daylightsnote His role in the last of these was a one-scene cameo; due to ill-health, his intended role in the story was filled by Suspiciously Similar Substitute General Pushkin (John Rhys-Davies). He had already appeared in the film series before that, playing SPECTRE Mook Lieutenant Morzeny in From Russia with Love. Unsurprisingly, Gotell was also typecast as Nazis and other German villains in period films.

Russian is not his only Fake Nationality; he has been a Fake Brit on occasions too, appearing in 56 episodes of Softly Softly.