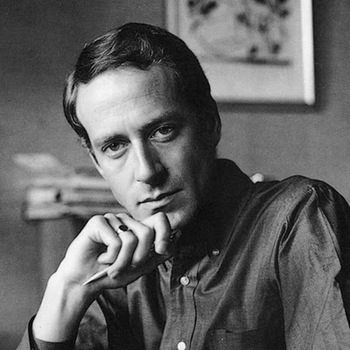 John Barry Pendergast OBE (3 November 1933 – 30 January 2011) was an English composer of film scores, best known for his work on the James Bond series.

He started out with his own jazz combo, "The John Barry Seven", in the late 1950s before getting into film composing when asked to arrange Monty Norman's theme for the first Bond film, Dr. No, in 1962; the piece, titled "The James Bond Theme" and recorded by Barry's combo, subsequently became the iconic Theme Tune for the entire film series. Barry would compose scores for twelve Bond films in total, and those became a prominent part of the series' trademark style, to the point of being emulated by his successor David Arnold.

Stylistically, Barry's music tends toward the moody side, with extremely limited use of Fanfare (all but eliminating the brighter instruments in the orchestra in favor of deep undertones and rich, dark melodies). His most popular pieces consist of a lyrical theme accompanied by broken chords with a French horn countermelody. Because his non-Bond music typically does not include iconic themes, some have accused his various film scores of being "interchangeable". Nonetheless, Barry earned five Academy Awards and four Grammys in his career.

Barry was briefly married in the '60s to actress Jane Birkin, with whom he had one daughter, the late photographer Kate Barry. He passed away on January 30, 2011 in New York from a heart attack.

Has a page dedicated to his beautiful music.