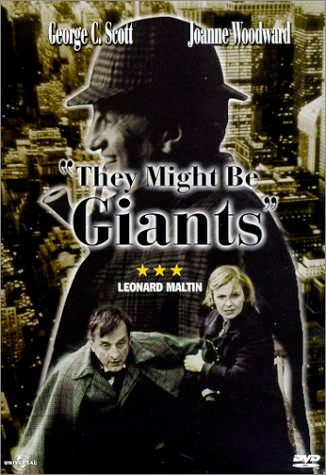 A 1971 film starring George C. Scott and Joanne Woodward. Adapted from a stageplay. The main character, a judge named Justin Playfair, believes he is Sherlock Holmes after the death of his wife leaves him with severe paranoia. Dr. Mildred Watson, an analyst, finds herself caught up in the scheme of Justin's brother to control his money through having him committed, while at the same time a shadowy blackmailer in sunglasses wants to silence Justin. The film spoofs classic Sherlock Holmes tropes and ponders the popular themes of insanity vs society's consensus reality.

Yes, the band named themselves after this story.