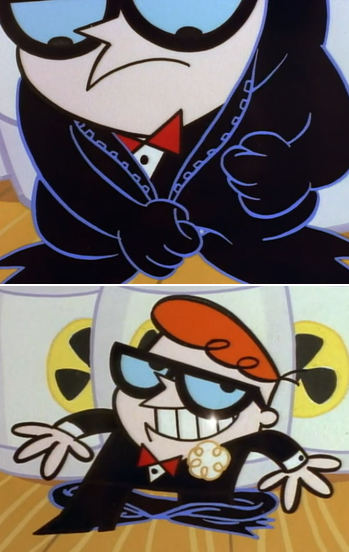 A spy is dressed in special gear (e.g. a parachute, scuba diving gear or a jetpack) which he is using to infiltrate an enemy facility. Once on the ground, he unzips his clothes to reveal an immaculate tuxedo underneath.
Advertisement:

It should be noted that accomplishing this trope requires a particular type of SCUBA outfit, known appropriately as a "dry-suit" as opposed to the more familiar "wet-suit." Dry-suit use requires additional training and certification to properly use.

A Sub-Trope of Dressed in Layers. May precede a Black-Tie Infiltration.