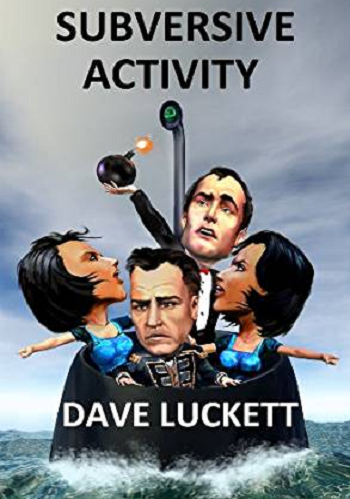 Subversive Activity is a novel by Dave Luckett.

It's a technothriller, in which British and Russian intelligence forces clash over a new piece of military technology. It's a comedy. It's set in 1876.

Captain Horatio de la Terre has served in His Britannic Majesty's navy for thirty years, during which time his greatest assets have been a spotless sense of duty and an impeccable poker face that he presents to anything he doesn't understand, which is just about everything. Right now, he doesn't understand why the people of Maldona, where he's stationed as naval attaché, insist on greeting one with a kiss on the cheek; why his superiors want him to study the Maldonan Navy's newest (which is to say, first) ship and report on its design; or why the embassy's information officer is so keen on the idea that it might sink during its seaworthiness trials. He's thoroughly bewildered when a young woman attempts to burgle his office. When the information officer casually suggests breaking his sworn word of honour, he doesn't understand that either, but he does understand that Something Must Be Done. That's when things start to get really confusing...